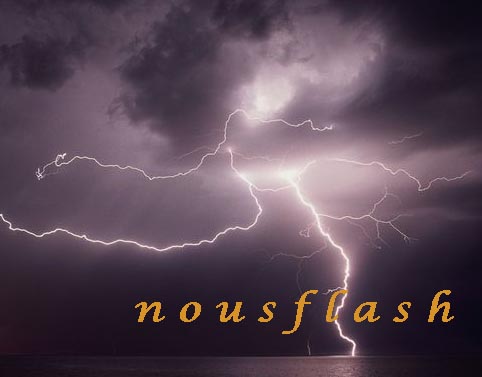 NF 002 THERE ARE NO SHADES OF FREEDOM

Hello to Each and All

When I spoke on redice in August, I only “leaked” some intel on the Archontic Infection. In the wake of recent events, I must continue with that topic and reveal what Iagnostic can say about the problem of Islam.

The archons achieved the initial infection by the medium of aphid milk that was delivered to the brain via the ear, the aural channel. The delivery mechanism was a microscopic mite, comparable to the Acari iinsects, which the archons managed to insert into the terrestrial environment — a triumph of their technology of penetration. The neural infection spread through the synaptic circuits and targeted the auditory temporal complex, hijacking the functions of the left-side circuits known as the Broadman areas.

The result was a “voice to skull” connection that allowed the Archons to access the brain of the vector species, the Zaddikite Hebrews, by an interior voice operating in the natural circuity of the auditory complex. Normally, this complex produces “inner hearing” and allows a human animal to hear “the voice of conscience” interior to the mind. Instead, the infected group heard directly the voice of the archon overlord, Ialdabaoth, announcing himself as the supreme creator god. He then proceeded to command them with his own thought process, focusing on dividing and destroying the human species in the terrestrial habitat.

In some manner I have yet to understand, the infection rebooted viciously in the 7th century — second-stage neurological infection. It continued to operate as a mucus disguised in the neuro-transmitter L-Dopa which is sensitive to chirality and actually has a chiral or mirror chemical structure. Through this mirroring aspect, the original infection was able to spread across the brain to the right temporal lobe and “occupy” the pSTG area, posterior part of the superior temporal gyrus. This is now the dual-lobe archontic infection considered as a material-neurological condition that drives or remote-controls the vector species for the second-stage, rebooted infection : Muslims, those who embrace Islam.

The result of archontic neurological infection of both lobes of the human brain is to render the human animal incapable of reasoning from evidence or discerning clearly between alternative paths of synaptic firing. The brain in its confusion short-circuits and goes into a robotic freeze, with repeated convulsions.  The infected individual is able to hold two contradictory ideas without conflict: Islam is a religion of peace and its adherents kill you if you do not accept it and submit to it. Such is the result of the archontic neurological infection when it occupies both right and left temporal lobes: total subversion of the human faculties of reason and discrimination. Likewise, total submission to off-planet archontic control.

This illustration of the temporal lobes with auditory complexes indicated may suggest to you a front-on view of a ram’s head. If you can hold that image for a moment, consider the famous incident from the Bible: On the command of Ialdabaoth, Abraham sacrifices his son Isaac, or intends to do so. So the story goes. At the last moment, he sees a ram caught in a thicket and substitutes it for his son. Along with the visitation of Melchizedek and his two angels in the Grove of Mamre — the moment when Abraham, already infected by the left-side neural infection, received the commission of the Chosen People — the ram sacrifice is the most important founding moment of Judaic religion.

But what actually happened with the “ram sacrifice.” I think the answer may become obvious now: it represents the total subversion of the neural circuitry of the human brain by the archons, right and left sides. But it began with the left side. And with the blood sacrifice that Abraham did not have to make, the full treachery of the archons can be detected: Melchizedek requires the blood sacrifice — effecting the simulacrum like “poppers” to produce a simulation of breathing, as I have explained — and, additionally, the archons require total sacrifice of both temporal lobes (ram) in order to direct a certain part of the human species to subjugate the other part. If this subjugation were to succeed, humanity would be demolished. Those in Islam who serve the archons have already lost their humanity. They live perpetually in a state of abject worthlessness  — and, funny it may be, they don’t seem to mind.  Look at the Palestinians in Gaza.

Gnostics stated that archons have no intentionality. I reckon that in that respect they may have been wrong, or lacking the complete intel. The AI certainly looks like it was designed with a long-range objective in mind.

I advise you all to give your full attention to the video loiked below. The burning-with-sincerity assertion made by the man, a (Muslim whose brother was killed by Muslims, that Islam is about peace and sharing, exhibits the neurological infection. The behavior of Angela Merkel exhibits behavioral mimesis of the infection, or AI by proxy. Notice that Merkel, without so much as the blink of an eye, calls for a demonstration in support of tolerance for a belief-system whose adherents murder cartoonists to prove their lack of tolerance. And, if that were not enough, she accuses the PEGIDA demonstrators of having hatred and intolerance in their heart. In effect, she accuses the peaceful protestors against Islam of exactly what Islam promotes and imposes. Such is the reasoning of full, double-lobe infection.

“There are no shades of freedom.” In the close of the clip, the doctor and friend of the Charile Hebdo staff says that the magazine will continue. I heard they will reprint 1,000,000 copies of the original magazine with the satirical cartoons. If I had my way,  Europe would be plastered from north to south with cartoons of Mohammed fucking a donkey and waving a sword. These pictures would be at the entrance of every store and restaurant. They would be posted like a movie notice on billboards everywhere, on buses, in the metro. Show the zombies of Islam that the world in which they live will not be conquered, will not submit. And they will never have special treatment.

Final comment: You may recall that I have said numerous times that the archons are powerless against satire. It is the one thing they cannot subvert.

On a positive note

Sophia has formed her Tulpa and now erupts with volcanic rage. The wave breaks from the North — volcano in Iceland.